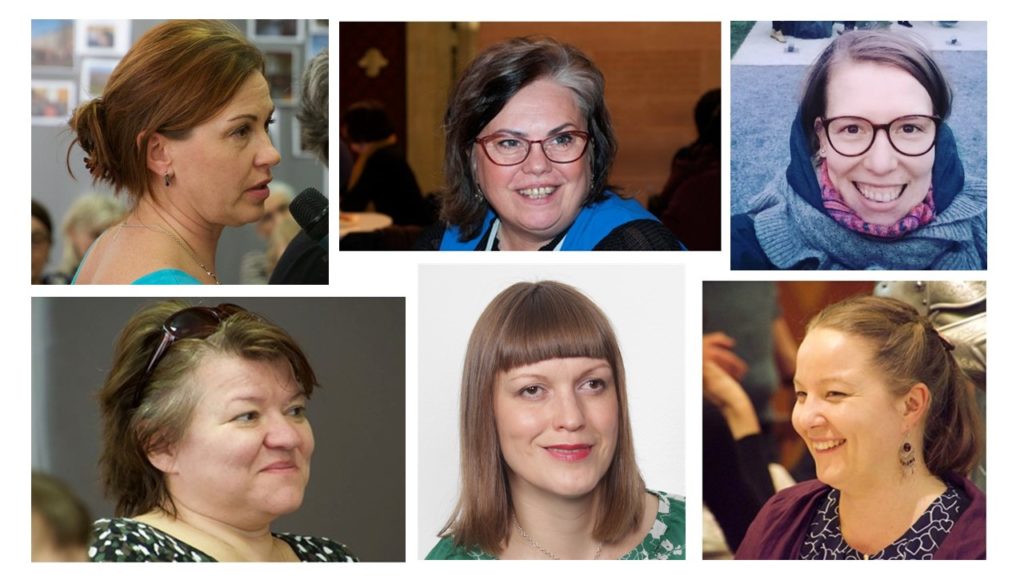 ”On ju meil kõigil üks suur unistus: olla vanaduses nii ilus ja tugev nagu üks vana puu.”
“All of us have a dream when we will be old; to be beautiful and strong as an old tree.”
Elfriede Bosien

Thirty years ago, the Berlin Wall, a symbol between East and West, the socialist and capitalist world, was overthrown. Europe believed in the idea of unity. Today we see that psychological and ideological walls are not that easily broken. Old migrants and old people from minorities carry in themselves identities that we do not see but that we must be able to identify to be able to provide intercultural elderly care. Identities are a social construct. Identities are dynamic and ever-changing concepts that are changed also through ideologies present in societies. The historical changes in political systems have affected the social identities of older people, old migrants, and older adults from minority groups. Identity is part of a person’s self-conception and self-perception, and it is also the result of labeling mechanisms arising from encounters between contrasting individuals and groups. Some of these mechanisms refer to family systems, religious systems, communication, and political systems.

This year we would like to invite ENIEC members to discuss the concept of social identities as a legacy of political systems. We would like to approach how this legacy has a direct impact in the context of providing intercultural social and health care for minority older people and old migrants in Europe, with special attention to identities among the elderly from East European countries who come from Soviet times. We would like to take the opportunity of meeting in Tallinn to dive into how some of these identities have been shaped while growing up in the socialist system, and how some parts of the identities have been learned through the discourse of the socialist countries. All crucial factors when we talk about diversity and interculturality in the social and health sectors.

We are a powerful network and the Annual Meeting is our opportunity to share our knowledge with each other. Therefore, we would also like to invite ENIEC members to share with us their knowledge, dilemmas, and questions on identities and intercultural elderly care. To support minority older people in our work we need to show respect for lived life and to recognize the part of human identity is built-in social, cultural, and political context throughout times. Cultural sensitivity also includes the sensitivity to recognize the impact of social and political ideologies in the elderly and the ability to support each older person so that one’s own past can be appreciated in the present.

We look forward to welcoming you to Tallinn next March!